Marta Kolomayets – a Woman Who United Continents at Her Ease 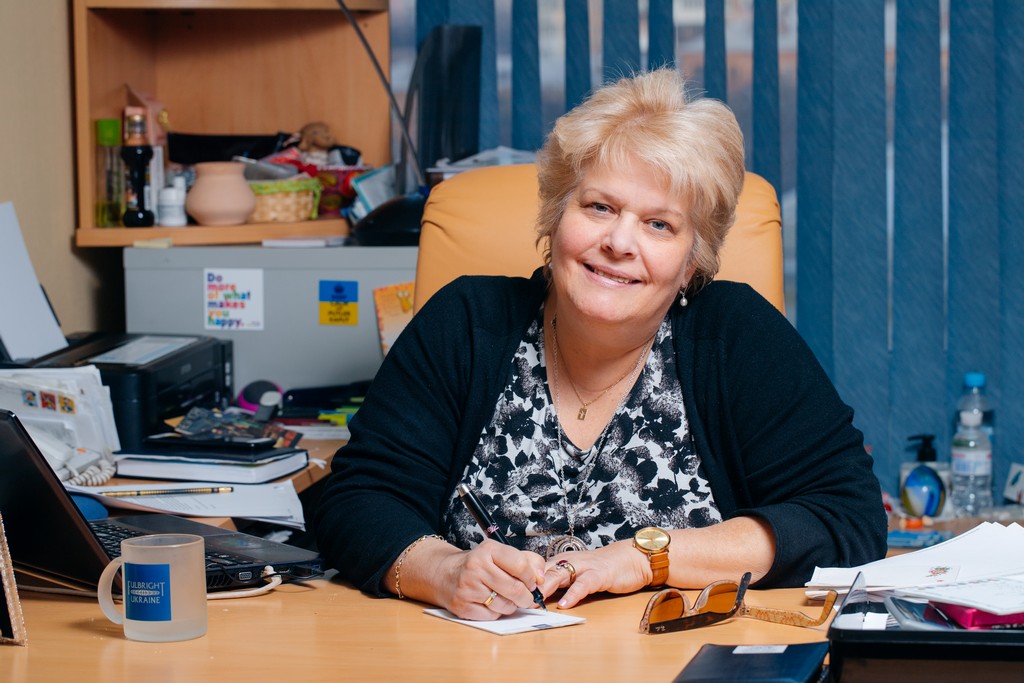 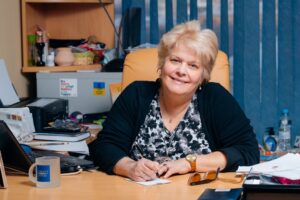 Marta Kolomayets passed away on August 16, 2020. Marta was for many years a member and chairman of the board of the Ukrainian Women’s Fund. As UWF looks back at the time we were fortunate to share with Marta, we realize that she in one way or another was with us from the beginning, as an advisor, inspirer, and generator of ideas.

For twenty years, Marta shared her spirit, enthusiasm, and talent with UWF. She had a rare gift, the ability to unite women and men from different generations, backgrounds and cultures. A well-known journalist and public figure, Marta was natural and sincere in communication, no matter who approached her. She became angry only in the face of injustice. When she believed in something, she brought together people from different spheres who had never before crossed paths but were now united in a common goal. And the people she touched gradually became more like her – kinder and more open.

Easy to help and accept help

“Marta was always ready to help. She did it with grace, and people responded in kind,” recalls Natalia Karbowska, Director on Strategic Development at the UWF. “She had the ability to bring people together, even on distant continents. When people from UWF would visit the United States, strangers took us in and treated us like relatives – it was enough to receive a short message from her. And when Marta asked me to take as my hand luggage on a plane a huge model of a monument that an architect acquaintance was submitting to a competition, I didn’t hesitate. When I learned that the project won, I felt as happy as if it were mine.”

Natalia Karbowska also remembers with gratitude a lesson she learned from Marta. “Once after I had given a speech at a conference in the US, an American woman approached me, took off a gold ring, and asked that I take it as a contribution to support the development of the women’s movement in Ukraine. I was uncomfortable and turned to Marta for advice. She told me to accept the ring because the woman‘s offer was heartfelt. Marta explained that if I did not accept it, I would be refusing the woman’s sincere offer to help and desire to make a difference.” 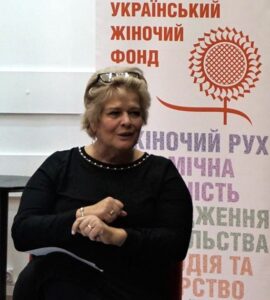 Olesia Bondar, Director at the Ukrainian Women’s Fund, recalls, “I received my first Ukrainian embroidered blouse as a gift from Marta Kolomayets. We were planning a party for the graduates of ‘First Step to Success’, a program that develops leadership in young women, and it happened to fall on Ukrainian Constitution Day. I mentioned that it would be nice to wear embroidered blouses on the occasion, but that I didn’t have my own and that it was too late to look for one. Marta made me a gift of one of hers.”

Our leadership program “First Step to Success” was the brainchild of Marta Kolomayets. She was convinced that the women’s movement should make more of an effort to involve young people. It was her vision to provide young women with support and inspiration; in turn, they would nourish the movement with their energy. And that vision has been realized. Over the past 14 years, a generation of graduates has matured into women who are powerful activists and now lead civic organizations.

Marta managed to excite the public imagination and gain widespread media attention for the Ukrainian women’s movement and the Ukrainian Women’s Fund. Through the “Beauty for Life” philanthropy project, Marta organized shows in the United States featuring Ukrainian fashion designers, and asked her artists friends donated their paintings, all to raise the funds to purchase a mammography machine for women in Ukraine. She conveyed her passion, dreams and convictions in a way that people came to believe and invest in them as their own.

This year, UWF began implementing Women’s Voice and Leadership – Ukraine. Thanks to this project, the Ukrainian women’s/feminist movement will have a clear development strategy and increase its influence. The inspiration for this project was Marta Kolomayets. She believed that anything was possible when people came together. Marta was a master of unity, and neither kilometers nor time zones could stand in her way. 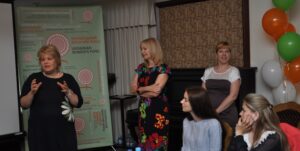