The number of women in local government has increased, but only to reach the passing score of democracy

On 19 November, Milena Goryachkovska, project coordinator of the Ukrainian Women’s Fund, shared these conclusions at the press conference “Gender outcomes of local elections from the public monitoring project #ElectionsWithoutSexism.”

“The quota has worked, but it has proved to be less effective than expected. Thus, according to the results of the previous local elections, women received only 15 percent of seats in oblast councils (nearly twice less than now) and 20 percent in city councils. The 2015 local elections saw 30-32 percent of women on electoral lists, while now there are 43 percent of women. But let’s keep in mind that women constitute 54 percent of Ukraine’s population. Women are the ones who do a bigger share of work during elections as observers and members of election commissions. However, there are no women among the leaders of electoral lists, neither are they well represented in decision making bodies.” These are the preliminary findings of gender monitoring of the local elections held on 25 October 2020. The monitoring is carried out by the Ukrainian Women’s Fund in partnership with the National Democratic Institute (NDI) and with the support of the United States Agency for International Development (USAID) in the framework of Ukraine Responsive and Accountable Politics Program.

There is also a legislative gap that allows for non-compliance with the gender quota. A candidate can be registered among the first five seats of an electoral list and later they can “withdraw” their candidacy from the elections. 63 percent of candidates in the elections to the city councils of Kyiv and oblast centers whose names on election ballots were marked as “withdrawn” were women. “Our representatives in the regions continue conducting in-depth interwievs with both elected women candidates and those who did not lead this election race, and they include the issues of discrimination and violence during the elections in their interviews,” mentioned Milena Goryachkovska.

Participants of the press conference, representativees of women/feminist CSOs, agreed that the gender quota is a big step towards equality between women and men, however it is not the “magic pill” that can cure the society of stereotypes and sexism. Requests received by the hotline of #ElectionsWithoutSexism demonstrate that women faced gender bias and sexism during the election campaign. Mockery and threats led to the loss of morale of women candidates, pushed them to change their election tactics or withdraw from the election race. Women are being pressured even after the elections leading to some women withdraw their seats.

The gender quota will reach its maximum effect only when political parties give up their formal approach to it and start protecting their women candidates during elections, entrusting them with leading, not only administrative positions, and helping make the role of women more visible in communities. “Disproportionate placement of women and men ‘at the top’ of electoral lists by political parties was unfavorable for the election of women. There were 43 percent of women on the electoral lists of political parties for oblast councils and only 16 percent and 21 percent of women led unified and territorial district lists respectively,” Milena Goryachkovska informed.

When it comes to the society as a whole, it is crucial to develop the culture of gender equality and avoid intolerant statements and actions towards women from ourselves and from others. Participants of the press conference stressed that women should unite in the fight for their rights, “irrespective of one’s flags and colors.” Quantitative representation of women in the authorities and in local government is not enough. Women’s voices are only heard when they stand in solidarity and uphold common values, such as non-discrimination in politics. Gender focused caucuses can be a tool for protecting women’s rights.

The Ukrainian Women’s Fund continues monitoring the publication of election results. The purpose of this gender monitoring is to deliver a comprehensive analysis of the election process with the aim of identifying opportunities and obstacles for women’s participation in elections and for women’s election to local governments. 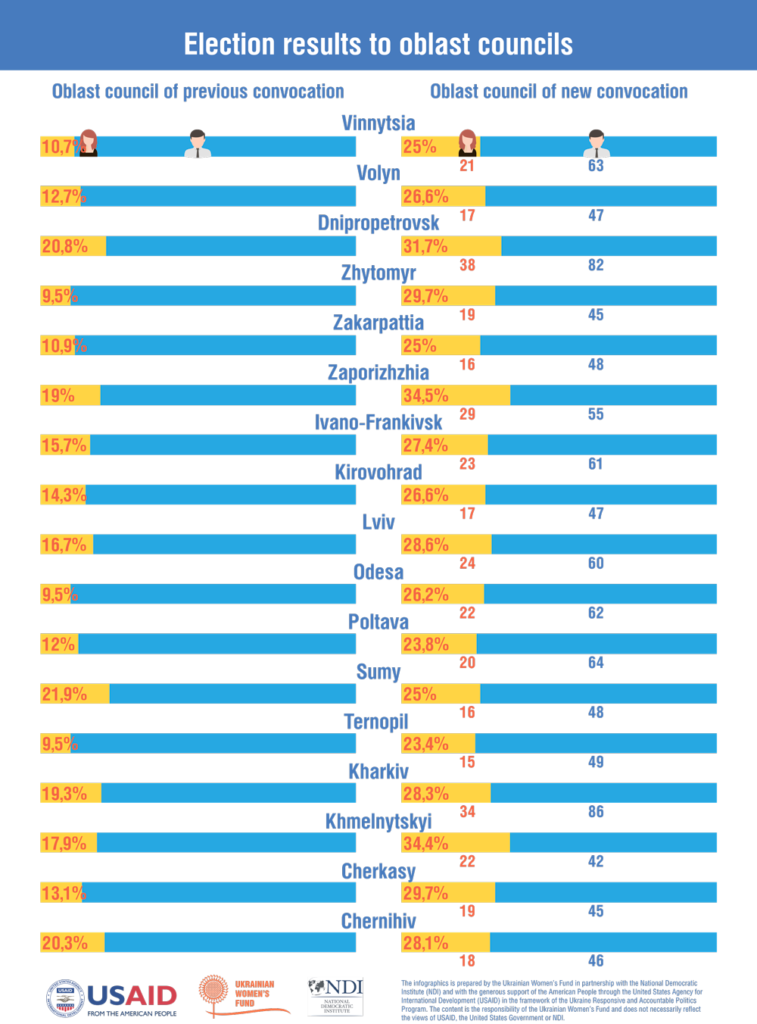 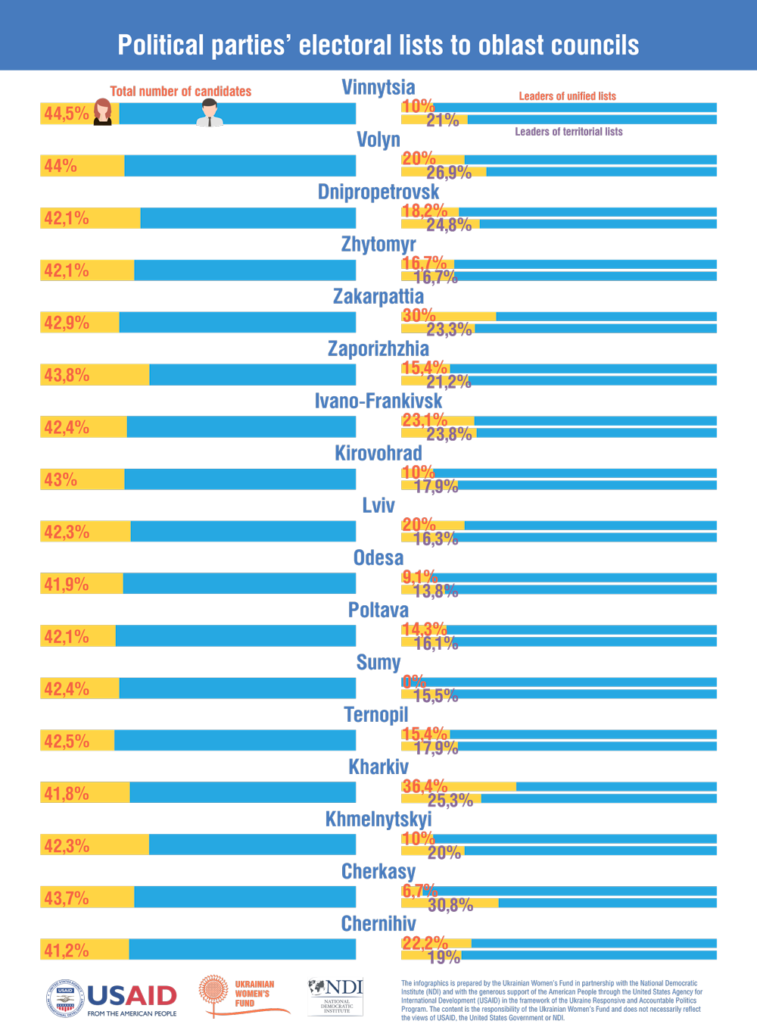