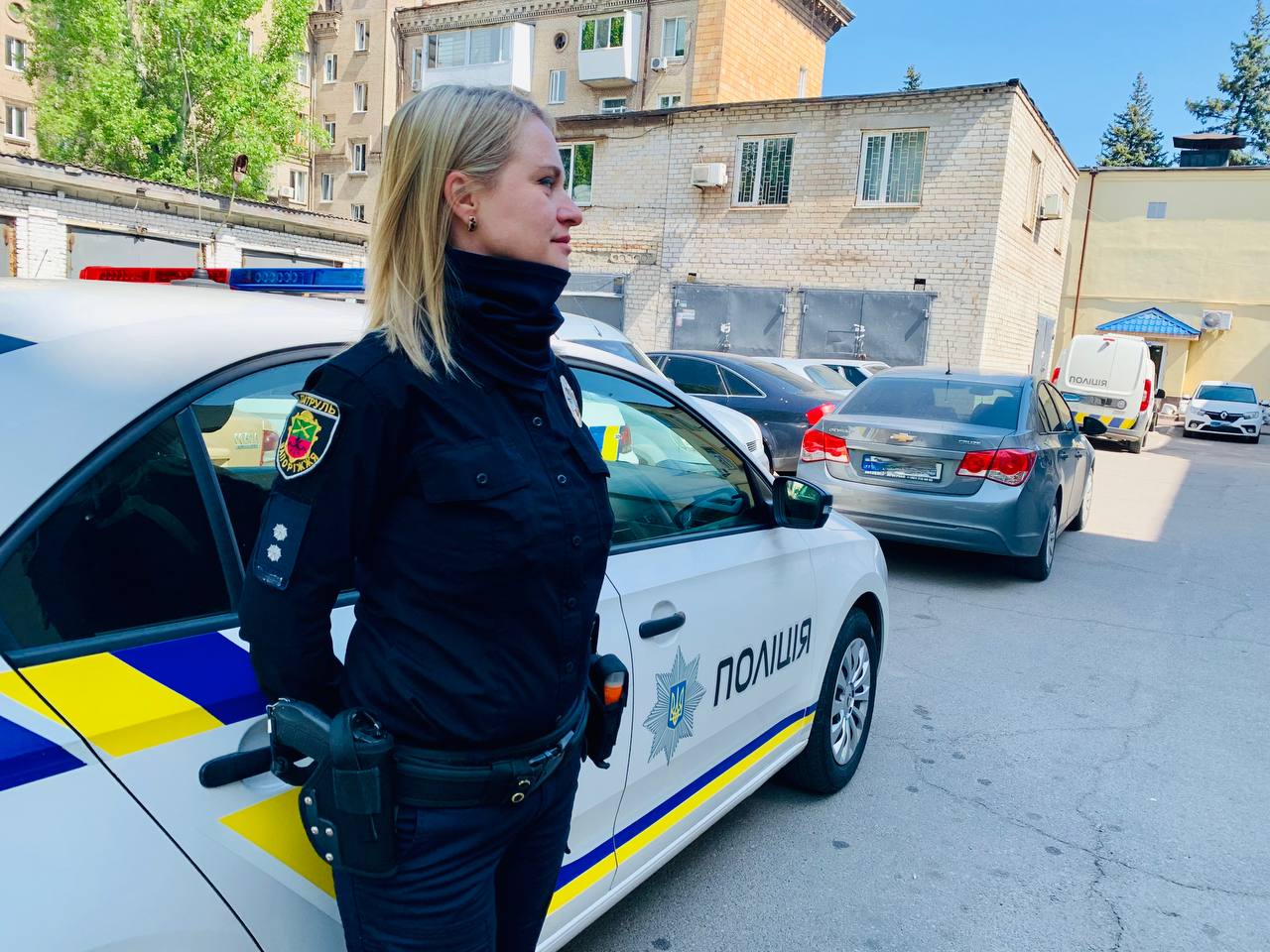 They hear those whose voices can barely be heard from the cut-off villages and towns. They help displaced women police officers to carry out their duties by attending to their priority needs. They facilitate engagement with all sectors of society in war so that everyone can contribute effectively to the victory. The women’s/feminist organisations that receive the Ukrainian Women’s Fund rapid response grants find what is needed in the cities and towns that are on fire, occupied, encircled, and those that have taken in people fleeing the war. From March 4 to May 24, 2022, UWF supported 74 projects totaling UAH 16,511,461.

When receiving help, people did not smile but cried

When the Development Centre “Women’s World” began implementing a rapid response grant project from the Ukrainian Women’s Fund, the shops in Zaporizhzhia were empty and communication between towns and villages in the region had stopped. Villages were left without food and medicine due to disruptions in logistics. Most businessmen involved in trade suspended their activities or got evacuated from the region. Those who tried to work under active hostilities had to find new supply and delivery solutions every day in precarious conditions. They had to search for new suppliers, the lowest prices and fuel. They had to navigate which roads were relatively safe and could be used, learn how to pass checkpoints. 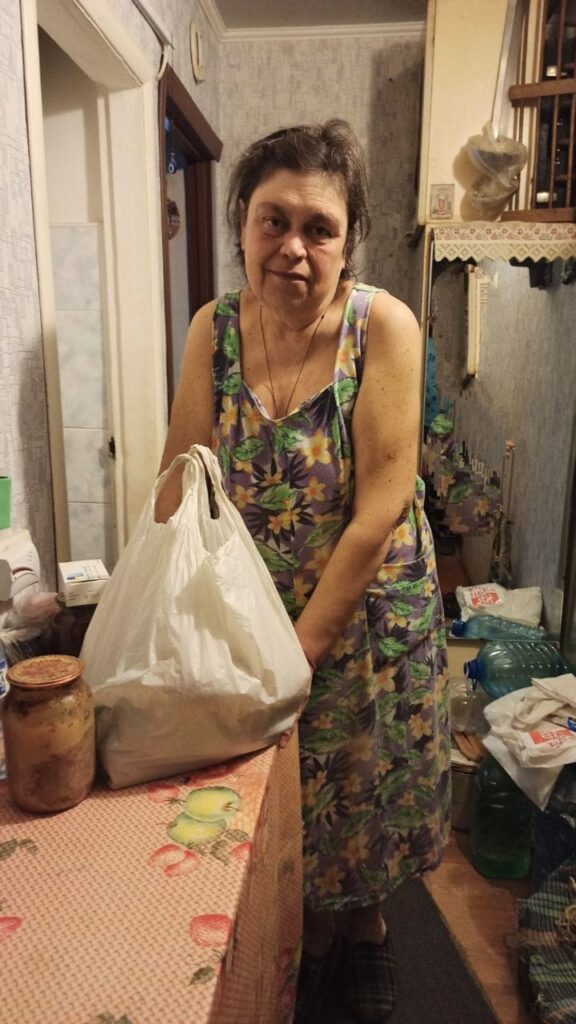 Olena Zinovenko, head of the Development Centre “Women’s World”, who has been displaced since 2014, explained:

My experience of working under insecurity and uncertainty shows that in order to find and deliver the essentials, we need flexible local entrepreneurs with appropriate permits, documents, and established contacts. We have such a person. We have found things requested in remote communities. Information about the needs was collected thanks to the communication channels with the local government and initiative groups established by the 1325 coalition “Zaporizhzhia: Women. Peace. Security”.

There was a shortage of not only food supplies, but also hygiene products and medicines. To deliver the packages to towns and villages, employees and volunteers of the women’s CSO arranged for packing and agreed with the oblast council on premises for the safe storage of goods.

“Our headquarters was located next to a volunteer center that took in people rescued from the fire and occupation. Paradoxically, what struck me most wasn’t even the displaced people, but the women, children, and elderly people from the villages to whom we were bringing aid. I saw children walking barefoot or in slippers in winter. There is an opinion that it is easier to survive in the countryside during the war: the potato is being grown and chicken run around. But it doesn’t. I have seen families who literally had nothing to eat. A lonely elderly man saw sausages and cried. People with diabetes and multiple sclerosis burst into tears after receiving the necessary medication. It pained me to see that people were crying instead of smiling when they received help.

Svitlana Sitnyk from Kharkiv regional youth CSO “Kharkiv Volunteer Centre” has a similar experience. From the first day of the war, the organisation started accepting applications for help via telephone calls and social networks. Soon it set up an emergency humanitarian aid headquarters for women and girls from vulnerable groups. Mostly families with many children, people with disabilities, and elderly women from villages remote from Kharkiv applied. In the days when people are left unemployed, cut off from the transport system and the supply of anything, they need food, medicine, clothes, baby food – and the feeling that they are not alone.

One of our wards, the mother of an immobile girl, had been supported by social services and charities before the war. Since February 24, this support has disappeared. The mother is tied to the child: even if there was something in the shops, she still would not be able to leave the house to buy bread. They cannot get evacuated either, as moving would harm the child. We found the family ourselves and sent volunteers with food to them. The mother and daughter were in an emotional abyss, feeling abandoned and unwanted. We visit them, and our volunteer psychologist provides telephone counseling to these families. If it was not for a quick grant from the Ukrainian Women’s Fund, we wouldn’t have been able to cope and respond to all the appeals.

Police officers’ families: under fire in the evening and on duty in the morning 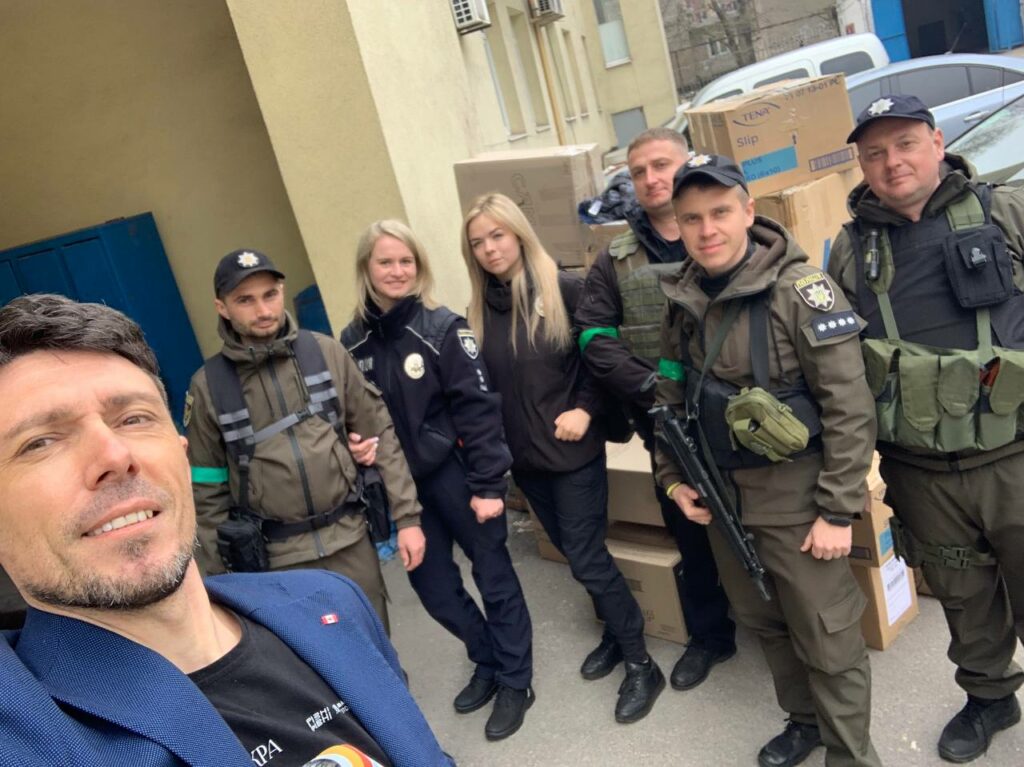 Due to the military aggression of the Russian Federation against Ukraine, hundreds of female officers and members of the National and Patrol Police from Mariupol, Melitopol, Berdiansk and other territories occupied at the time were evacuated to Zaporizhzhia.

Tymofiy Saitarly from the CSO “Safe Space”, coordinator of the UWF-supported project, reports:

Our organisation has been cooperating with the local police for more than three years through memoranda of cooperation and a community advisory group and has kept its eye on the needs of female police officers.

It was more difficult for them to escape than for ordinary people. They hid their police IDs to avoid being targeted by the occupiers. The families of the law enforcers said that the Russians would ask the children where their parents worked – at those moments the officers would freeze with fear, because a child unwittingly, simply by telling the truth, could provoke their own and their parents’ deaths. Some evacuation buses at check-points had people taken out of them without explanation and shot in front of their fellow passengers.

Tymofiy explained that police officers arrived in Zaporizhzhia without uniforms or summer clothes. But unlike the evacuated civilians, the officers had no time to come to their senses and look for according clothes. They have to go on duty the next day, moreover in an intensified mode. Tymofiy Saitarly explained:

Most female police officers perform patrol and community policing duties round-the-clock, responding to calls. They protect the country from crime. At the same time, there is no opportunity to buy clothing and hygiene products for them: everything is in short supply and there is a catastrophic shortage of time in their schedules. Sixty female security guards are on maternity leave to care for a child under the age of two. Many of them are wives of military personnel and some have their husbands unemployed. These women cannot afford goods for children. People, businesses, organisations were willingly helping with bulletproof vests. But basic needs were not covered. The rapid response grant from the Ukrainian Women’s Fund helped us buy nappies and baby care creams, which we gave to the police officers mothers. We bought socks and sewed summer balaclavas and T-shirts for the women serving at the places of deployment. It was impossible to buy it at the time, so we solved the problem in a different way. We found an entrepreneur in Zaporizhzhia, an IDP from Donetsk, who was engaged in sewing car covers before the war. He recruited five seamstresses who had been out of work because of the war. The women were enthusiastic, taking measurements and making patterns for the women police officers.

Once the organization had responded to the basic material needs of the women officers, it was time to look for resources for independent psychological support for the female law enforcement officers.

A rapid response grant from UWF with unexpected added value 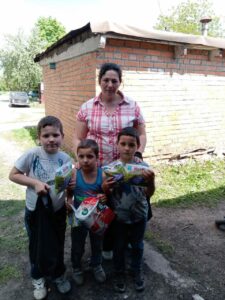 With the support of UWF, the Charitable Foundation “Kharkiv with You” was helping women and children during the acute phase of the fighting to maintain hygiene, maintain dignity and guard against the diseases that lack of sanitation can cause. Thousands of Kharkiv residents have faced shops being closed or having to reach them under fire, supply chains broken, and no access to water or restrooms. The Foundation distributed soap, toothpaste, wet wipes, pads, and nappies around the clock. With UWF support, it has been possible to send hygiene products to remote communities.

The main value of cooperation with the UWF, according to Natalya Yakovleva, head of the “Kharkiv with You” Foundation, is that she has learned to effectively mobilize resources and report on them while doing fieldwork in emergency situations:

UWF is hardly the first donor in Ukraine to be able to adapt grant procedures to the realities of war. The application form, which can be filled in from a phone in the cellar or in the field, is as informative as possible. Confirmation of receiving a grant came to us via SMS when there was no access to the Internet. A report form certifying the targeted use of funds was not too bureaucratized. These skills have enabled us to learn how to submit requests to both businesses and CSOs efficiently.